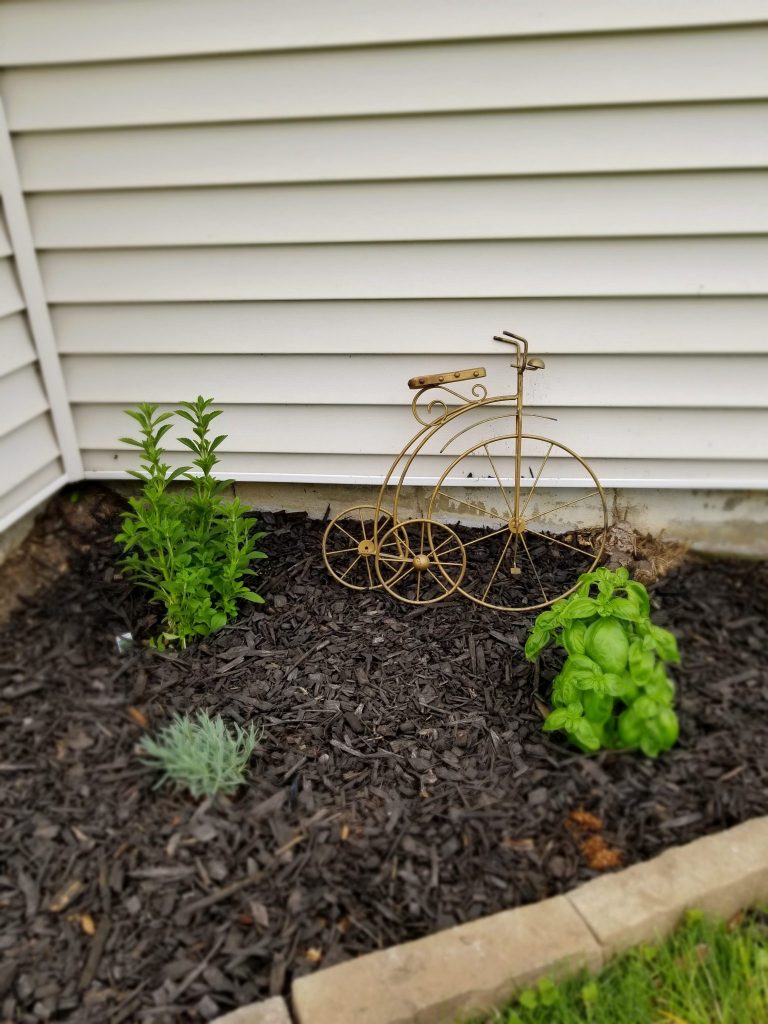 With so many projects going on at once, I was determined this weekend and earlier this week to complete some and check them off our list. That consisted of finally redoing the herb garden, putting our complete vegetable garden in the ground, and getting rid of the huge bush in our front yard. Sitting down Monday evening was supposed to be met with a sigh of relief… only it wasn’t! With some smaller projects out of the way, it’s time to focus on the bigger ones.

In the fall, Chris and I spent some time pulling and cutting back a crazy overgrown flower bed in hopes of getting a fresh start this spring. That was until we realized we were dealing with mint. Do yourself and your loved ones a favor and do not plant mint directly in the ground unless you’re ok with it taking over everything! The flower bed was so overground that we still have random plants popping up in the grass. It’s one of those things that I’ll be dealing with every year for a few years. This spring all the mint popped back up so we again attempted to remove it all by pulling out as many roots as possible. We still failed! I was over it by this weekend and decided enough was enough. I dug up a couple of plants and transplanted them into a pot to continue growing in a controlled environment. The rest got dug up in preparation for our herbs to be planted.

A few hours and a mild farmers tan later, and it was complete! I planted some hollyhocks towards the middle/back of the garden bed to throw some color into the mix. At some point, I’ll be making a trellis for them. I then replanted all of the hostas that were hiding in the mint, thinning them out a bit in hopes they’ll fill in next year. From there, all of the herbs went in the ground, everything was mulched, and the border was added. I’ve looked at it every day since it was completed and my soul gets a little happier each time!

It’s nice to have such a drastic change to a part of a house that’s been so neglected for so long. We’re still finding some things that make us question the decision-making abilities of the previous owner(s). For instance, our bathroom has it’s original tile floor that was painted over with black and white epoxy. The previous owner told us that when they bought the house, it had a blue carpet in the bathroom. Both the carpet and the paint are seriously horrible decisions for the space and one that will be addressed whenever the day comes to redo and expand that bathroom.

I love getting my hands dirty and working with plants but after the vegetable garden and herb garden, I haven’t had the desire to address the dirt patch where the bush used to be. I purchased two rolls of wildflower seed mats to get us through this year, fingers crossed they work!

I placed similar seed mats containing lavender around the perimeter of the vegetable garden which has started to sprout. The chicken run is higher up on the project list so I figured it was the best time to verify whether or not lavender deters rabbits and deer. At least that’s what I tell myself before I take a walk to see how things are doing. I may cry if any critters eat my goods before I can! Speaking of critters, if you have a tried and true way to eradicate slugs from my flower beds, please let me know!!! I have never seen so many in my life!!

And just because I don’t talk about my chickens enough (clearly) I’ll leave you with a picture of our rooster, Mister. 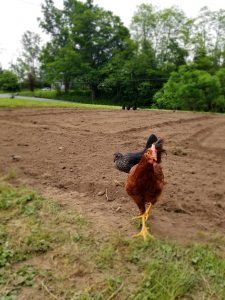 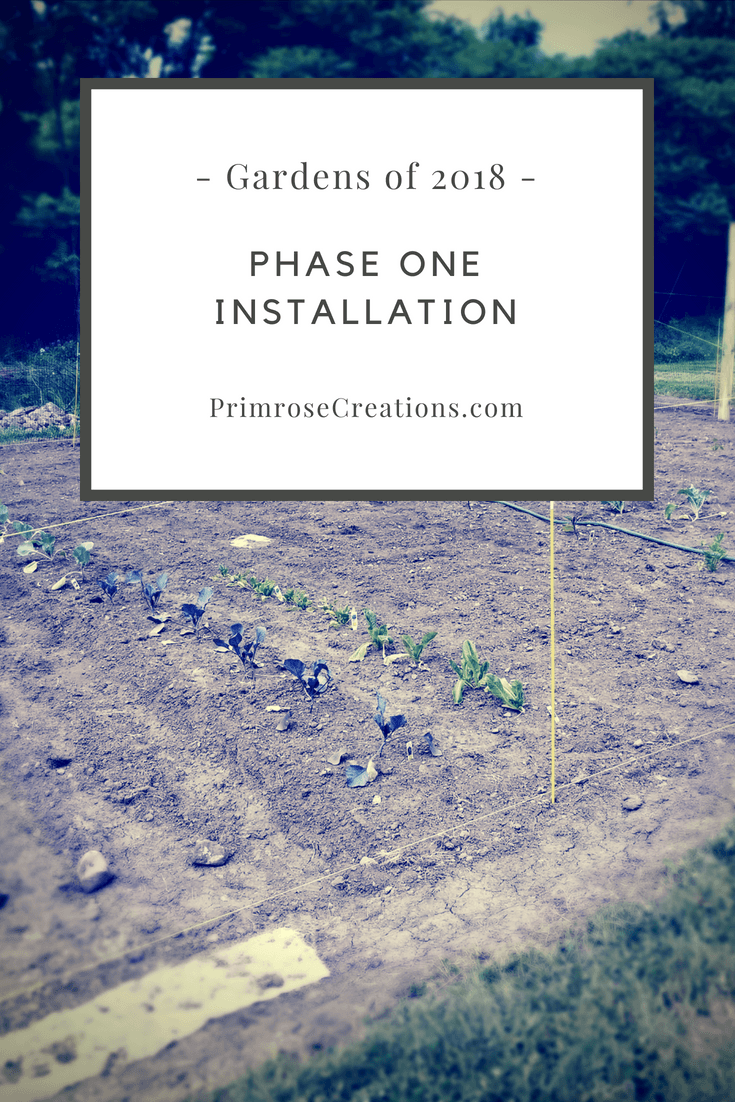 2 thoughts on “Gardens of 2018 Phase One Installations”